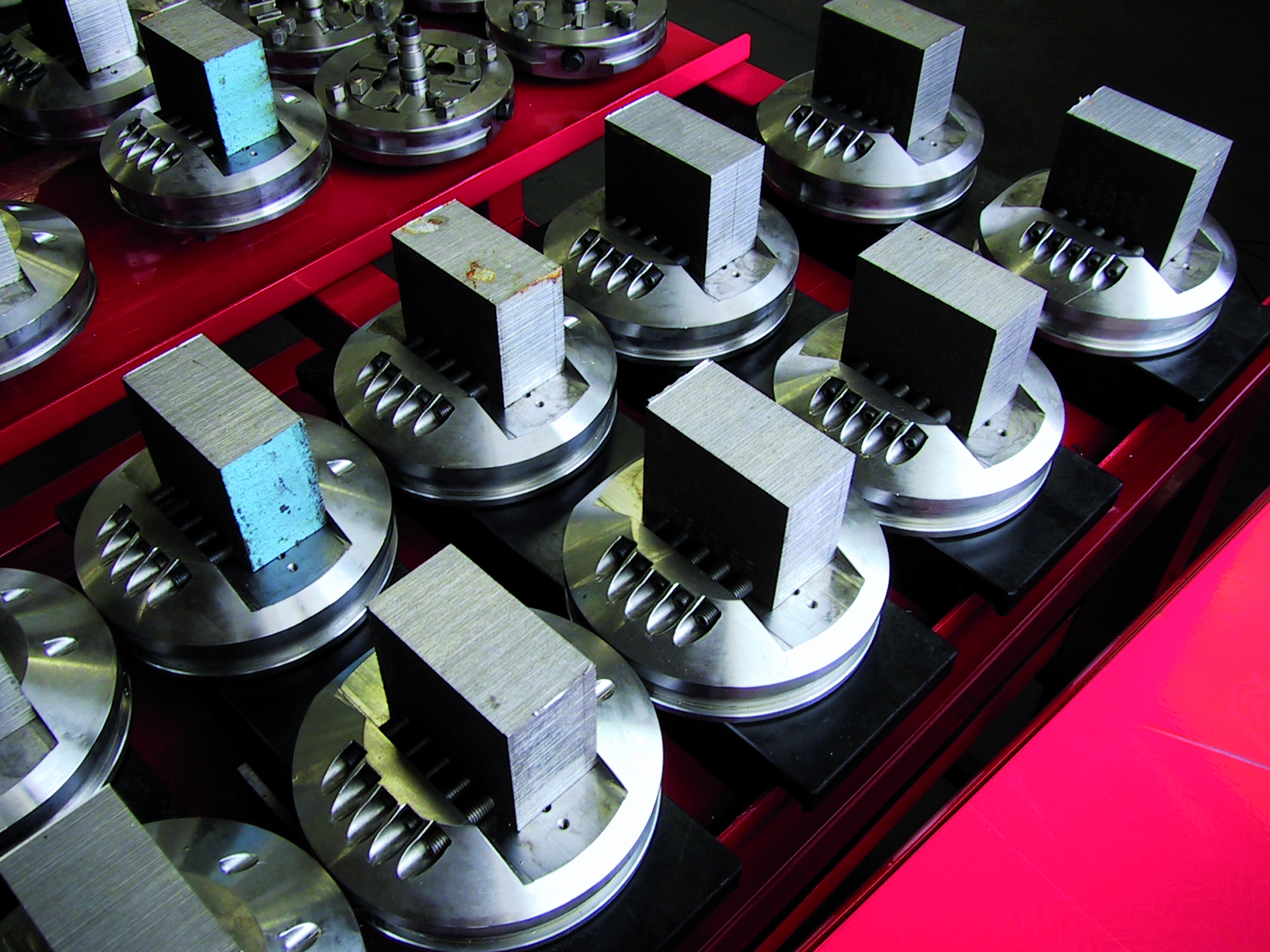 There comes a time when some chipmaking shops add wire EDMing to their repertoire. This is often done to reduce costs, because bringing what were once subcontracted, secondary EDMing operations in-house often makes good financial and logistical sense. It can also be due to demands from medical and aerospace customers, who ask their suppliers to control the entire manufacturing process under one roof. In either case, merging these disparate machining operations can be a workholding challenge.

Substantial differences exist between workholders for conventional CNC machines and those for wire EDMs, starting with the material. Pull a cast iron vise off a machining center and submerge it in a tank of deionized water dielectric and you’ll soon have a rusty mess. For this reason, virtually all EDM workholders are made from hardened 400 series stainless steel.

There are exceptions. For example, some high-end wire machines use oil dielectric, so it might be possible to use a conventional vise in these instances. However, dedicated EDM workholding is often a necessity due to machine considerations.

EDM tooling can seem like alien Tinker Toys to those familiar only with conventional machine tools. Much of the confusion about what to order can be avoided by understanding the terminology.

For example, reference elements are rails that mount on pedestals inside the EDM work area. Together with reference stops, they provide a zero point to locate fixtures and other workholding components. Chucks are available in pneumatic and manually actuated versions and accept pallets that in turn accept workpieces and fixtures. Mounting heads are used as the “middleman ” between the chuck and a vise or universal holder. Add to that a plethora of adapters, f rames, blocks and clamping heads, and a phone call to an EDM workholding expert might be in order.

Some of these experts work at System 3R USA LLC, Elk Grove Village, Ill. John Roskos, vice president of sales, said many shops ease into EDM workholding with a starter kit. For example, a basic system containing a vise, mounting head and adapter might cost $2,000, whereas a full-blown package with reference rails and pneumatic clamps could easily cost 10 times that amount.